Trump and Bolsonaro greet each other during a June meeting (Photo: BRENDAN SMIALOWSKI / AFP / GETTY IMAGES via BBC News Brazil)

After touting the possibility of a quick entry from Brazil – backed by the United States – to the Organization for Economic Cooperation and Development (OECD), the Bolsonaro government tried to downplay the importance of a letter from US Secretary of State Mike Pompeo to the organization. in which he openly defends only the entry of Argentina and Romania to the group of 36 countries that make up the organization.

The letter, dated late August, was revealed by Bloomberg and confirmed by the BBC News Brasil report.

Support for Brazil's claims to be in the OECD was obtained in March, during a visit by President Bolsonaro to the American pair Donald Trump, and was considered by Itamaraty as its main result in the international policy of alignment with the United States adopted in the current administration.

Within the government itself, it was expected that shaking hands with Trump would be enough for Brazil to break the line of postulating nations to OECD members. The protocol, however, imposed itself.

"International diplomacy has a time of its own, far slower than the time of Bolsonaro's social networking policy. The process of joining the OECD takes years. The president wanted to suggest to his base that his special relationship with Trump would work miracles, but not there are miracles, "says Guilherme Casarões, professor of international politics at the Getúlio Vargas Foundation.

Following the repercussion of the letter, the US Embassy in Brazil issued a statement reiterating support for Brazil's entry into the OECD, but stressing that the group's expansion should be "at a controlled pace".

And earlier in the evening, the US State Department issued a statement stating that the country does support Brazil's entry into the OECD and that the letter released earlier by the press "does not accurately reflect the position of the United States" regarding expansion of the organization.

Secretary Pompeo reproduced the message on Twitter, also stating that the US government supports Brazil's "starting the process" of joining the OECD. Bolsonaro retweeted the American's messages by adding the phrase "Not today, fake news media!" ("Today, No, Lying Media").

But, according to observers, Bolsonaro relied on an indication expressed not only for his alleged presidential proximity to Trump. Since March, when the visit took place, the Brazilian government has made a number of concessions, including trade concessions, to Americans in exchange for endorsement of the vacancy in the organization. 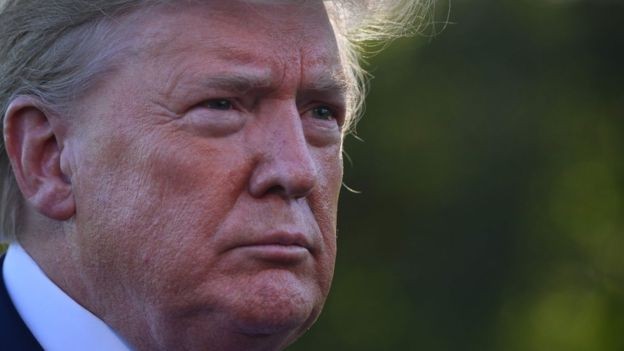 US likes
The OECD, currently with 36 countries, is an international forum that promotes public policy, conducts studies and assists in the development of its members, fostering actions aimed at financial stability and strengthening the global economy.

It was established in 1960 by 18 European countries plus USA and Canada. In addition to including several of the world's most developed countries, the group has opened its doors to developing nations such as Mexico, Chile and Turkey. Brazil, India and China have key partner status.

Brazil submitted a formal application to join the OECD in 2017, during the government of former president Michel Temer (MDB).

The request was expected to be answered quickly, but negotiations stalled. One of the obstacles would be precisely the position of the US government: in addition to Brazil, there were other countries claiming entry, and Washington believes that the mass entry of all would disrupt the organization.

In addition to Argentina and Romania, which have won the official US endorsement, countries like Peru, Croatia and Bulgaria want to be part of the group.

Before Michel Temer, during the Lula and Dilma Rousseff governments, the country did not claim to join the organization. Nevertheless, Brazil has been working with the OECD on various topics since the 1990s.

In addition to supporting the Brazilian election in the OECD, Brazil and the US have also entered into a series of trade commitments. Bolsonaro has agreed to open an annual quota of 750,000 tonnes of zero-rate American wheat, which affects Argentina, Brazil's leading wheat seller.

At the end of August, the Ministry of Economy decided not only to extend for another year the import of US ethanol free of a 20% tariff, but raised the quota from 600 million liters to 750 million liters – the rate is now charged when the trading volume exceeds the quota.

The move mainly served the interests of Americans, the largest exporters to Brazil, of ethanol made from corn – according to official data, 99.7% of ethanol imported from the country comes from the US. On the other hand, it displeased producers in the Northeast of Brazil, who consider competition with the price offered by the Americans unfair,

Since 2016, Brazil is the country that most buys American ethanol. The expectation of Brazilian producers was that the US government would release its sugar market, one of the most protected in the world, but there was no such counterpart for now. 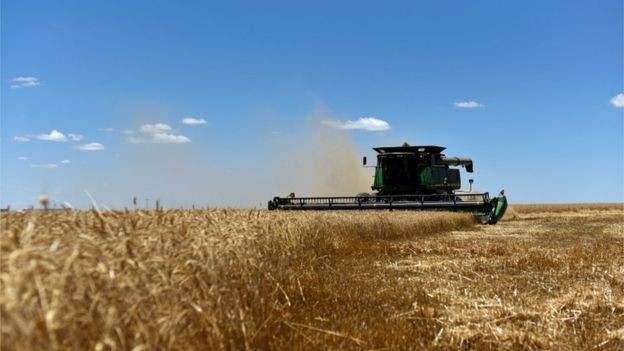 Brazil has agreed to enter more US-produced ethanol into the country (Photo: Reuters via BBC)

Concrete concessions in exchange for symbolic support
"The negotiation (for US support for Brazil's entry into the OECD) involved very concrete concessions from Brazil around expectations of more symbolic American support," says Elaini da Silva, PUC professor of international relations.

Silva cites other examples, such as the granting to the US of the exploration of the Alcântara space base in Maranhão, visa-free travel for tourists from the country without reciprocity to Brazilians, and the fact that Brazil has abdicated developing country status in the negotiations. with the World Trade Organization (WTO), which could bring tariff losses to Brazilian exports.

Differential treatment provides benefits to emerging countries in negotiations with rich nations. For example, Brazil had more time to comply with regulations and a greater margin to protect domestic products.

In addition to the direct impact on future Brazilian trade negotiations, this decision affected the relationship with BRICS countries – a group made up of Brazil, Russia, China, India and South Africa.

This is because these nations will end up being more pressured to also give up the differential treatment. And India is already retaliating for Brazil.

"At the WTO, India has already vetoed the appointment of a Brazilian ambassador to negotiate fisheries issues the other day and was a veto linked exactly to this negotiation between the United States and Brazil for joining the OECD," he told BBC News Brasil before Turnaround Professor Marco Vieira, University of Birmingham, UK.

"Therefore, Brazil is isolating itself not only in the context of key economies in Europe and the Mercosur agreement, but also with partners from the global South: emerging economies like India."

Bolsonaro also did not put on the table for discussion the protectionist increase in steel taxes – Trump's measure against the Chinese that hurt Brazil, nor the end of government subsidies to American soybean production, which makes it competitive with the national crop. grain. 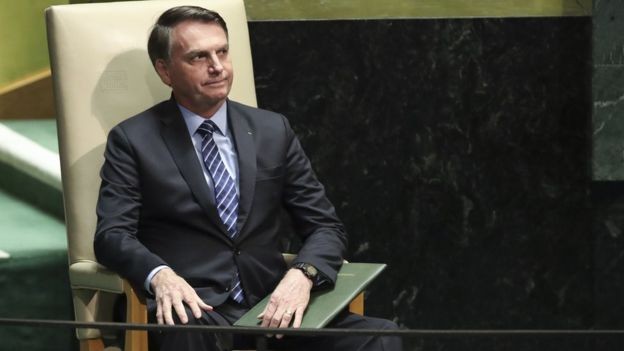 Hurry?
In addition, Trump announced Brazil as its "preferred non-NATO ally" – a name for countries that are not members of the North Atlantic Treaty Organization (NATO) alliance but are strategic US military allies, meaning that they will have a strategic working relationship with the US military.

For Brazil, this means advantages of access to US military technology. But according to some analysts, it could also drag the country into conflicts and disputes with countries like China and Russia, something that is totally off the Brazilian agenda, and is of US interest because it would place the country in its area of ​​influence even more safely. .

Brazilian concessions, however, may have been rushed.

"As Brazil has been an unconditional ally of the Trump administration, they are likely to want to extract even more concessions from the country," says former ambassador Paulo Roberto de Almeida.

In a note sent late Thursday afternoon, the US embassy in Brazil said it continued to support the country's accession to the OECD. "We support OECD expansion at a controlled pace that takes into account the need to put pressure on governance reforms and succession planning," the statement said.

Behind the scenes, Brazilian officials pushed for the embassy report to mitigate the negative reaction to Pompeo's letter. Itamaraty and the Brazilian embassy in Washington did not comment. Already the OECD stated that the entry of six new members is ongoing and that the process is confidential and depends on the consensus among the current members.

Publicly, government officials acted to minimize the US decision.

"All the hysteria about the OECD in the press reveals how incompetent and uninformed the people who write about politics in Brazil. There is no new fact. The US is fulfilling exactly what was agreed in March and acting according to the schedule set out in the OECD. Filipe G. Martins, special advisor to the Presidency on affairs …