Record NASA astronaut Christina Koch revealed that she was more excited to go to the beach with her husband and puppy – and ease her cravings for tortilla chips and salsa – after nearly 11 months in space.

Koch told reporters that her neck hurt for about a day, but besides that and some balance problems, she was doing well and adjusting well to gravity.

"I felt like a two-week-old child who was really working hard to support my own head," she said.

Image:
Koch returned from the International Space Station earlier this month, after 328 days

She flew to the space station in March last year, participating in the first female space walk in October.

The 41-year-old man spent more than 42 hours and 15 minutes outside the space station, including five other spacewalks.

It was a very different experience from Scott Kelly, who holds NASA's record for space resistance – 340 days.

Kelly had sore feet and burnt skin after her mission ended four years ago.

Koch – and an electrical engineer who also has a degree in physics – said she considered herself lucky to have not suffered the same illnesses.

She returned home to Galveston, Texas, to find a kitchen full of snacks and salsa – foods she craved while away. 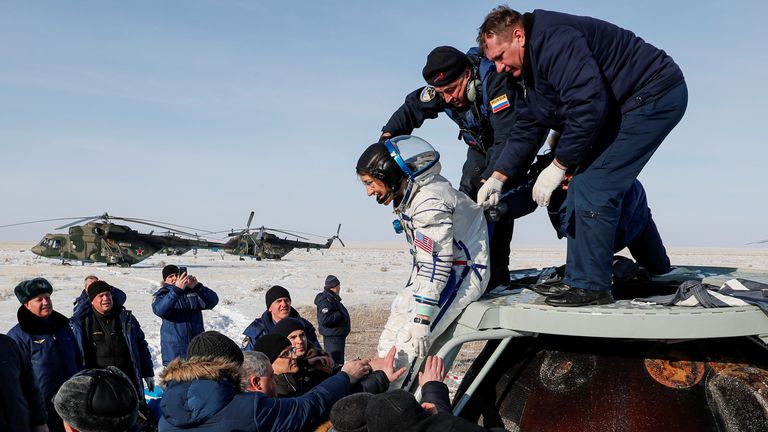 Image:
Experts help NASA astronaut Christina Koch get out of the Russian space capsule Soyuz MS-13 after landing in Kazakhstan

She and her husband also made a point of going to the beach with their dog, a rescue puppy called LBD (Little Brown Dog), three days after landing in Kazakhstan.

"I'm not sure who was more excited to see each other," she said.

Before returning to Earth, she had told reporters, "Oh, how I miss the wind on my face, the sensation of raindrops, the sand on my feet and the sound of the waves crashing on Galveston beach.

"We take daily sensory information for granted until they are absent … I can't wait to feel and hear the Earth again." 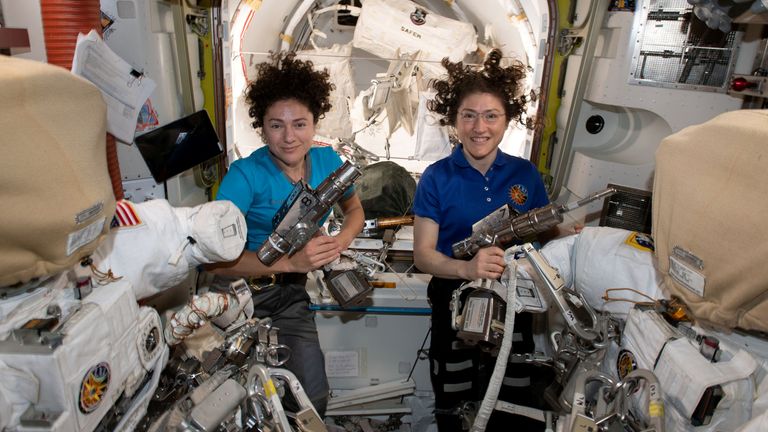 Image:
US astronauts Jessica Meir (L) and Christina Koch on board the International Space Station. They made history by participating in the first female space walk.

In a different interview cited in Smithsonian Magazine, she said that her work had been a symbol of "exploration by all who dare to dream and work hard to achieve that dream".

She added: "It is not only that, it is a tribute to those who paved the way for us to be where we are, and we hope for inspiration for all future explorers."

Three astronauts remain on the space station, including the other half of the female space walk, Jessica Meir.