Volkswagen unveiled on Thursday (24) the eighth generation of the new Golf. The main innovations of the medium hatch are a grid LED line, which skirts the hood, on-board internet, the automaker's new logo, a new cockpit and three current technology versions, the lightweight hybrid system with a 48-battery. volts The advantages? Less fuel consumption and less pollution. The two-door Volkswagen Golf is no longer sold.

Another interesting news is that Golf is more connected than ever. The medium hatch debuts a new technology: smart traffic Car2X. In practice, the new Golf will be able to anticipate and warn the driver of road hazards. Traffic and other vehicle information up to 800 meters away will be notified to the driver on the display. 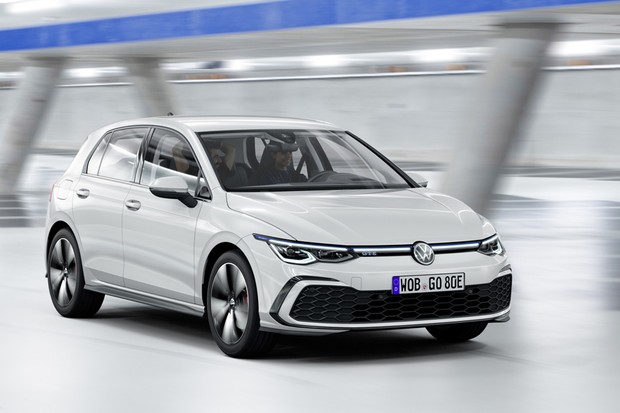 The new Golf will have ten versions. The configuration with the lightweight hybrid system (48V supercharger) was dubbed the eTSI: 1.5 turbo engine available with three power levels: 110 hp, 130 hp and 150 hp. The well-known plug-in hybrid variant, GTE, combines the 1.4 TSI engine with an electric one and now delivers 204 hp or 245 hp in the most powerful version. They can run up to 60 kilometers in 100% electric mode. The lithium-ion battery is 13 kWh.

The model will also have two other options with 90-horsepower 1.0-turbocharged petrol engines with 90 hp and 110-horsepower (with manual gearshift available), two other versions with two 2.0-cylinder 115-horsepower, 150-horsepower turbochargers. And one last factory gas dubbed the 130 hp TGI. The GTI version will be presented only next year.

The look was different, but the size is almost the same as the platform is the same MQB. The new Golf is 4.28 meters long (3 cm extra), follows 1.79 meters wide and remained with 2.63 meters of wheelbase. In other words: the space for those traveling inside the medium hatch remained same. To improve aerodynamics, the Golf was 2 cm lower, now measures 1.45 m.

The headlights are new and sharper, they invade part of the bodywork. The big news is that a line of LED lights on the grid, it bypasses the hood. This is also the second car to receive the automaker's new logo. The style draws attention from the front. All-LED headlights have a fillet at the top that reaches the front fenders. The profile retained the traditional touches of the model, especially the wide rear speakers. The waist-length crease is slightly more marked. The lanterns have irregular contours accented by LED threads. 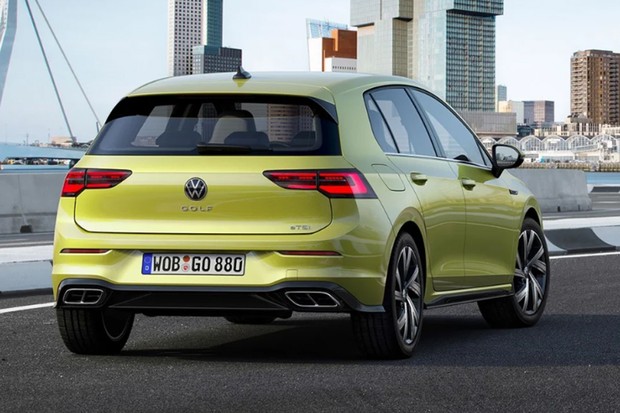 Rear has new logo and carries the inscription Golf underneath (Photo: Reproduction)

If on the outside Golf looks like a deep facelift of the previous generation, the same cannot be said of the interior. The cabin is minimalist with few controls and buttons. Called the Innovision Cockpit, the digital dashboard (which has a whole new interface) integrates the media center, with unpublished graphics and discrete physical buttons at the bottom.

Both displays feature a horizontal arrangement similar to that used by the MBUX of the new Mercedes-Benz models. The air vents occupy a horizontal strip on the panel that runs from end to end of the passenger compartment – a solution similar to the one applied to Passat. 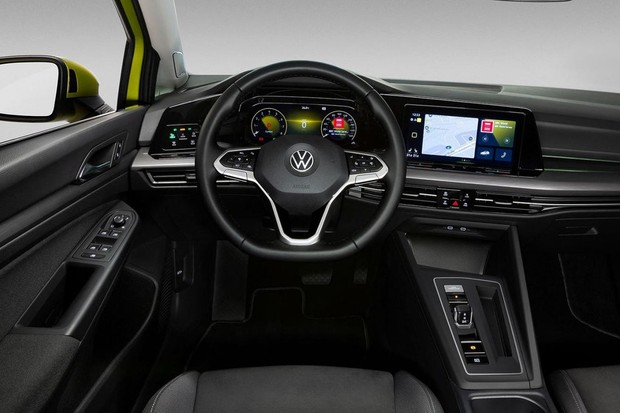 In the more expensive versions, the Golf will still have its head up display offered for the first time – that technology that projects information on the windshield like speedometer and navigation.

Noteworthy at the center console is the automatic gearshift lever clearly inspired by the Porsche 911's 992 generation. But it's all at home: the sports car is part of the Volkswagen group.

Another curious point was the adoption of mini USB ports, a format that is already being used by some manufacturers in their latest cars. The center console also has few buttons: the starter, electronic parking brake, auto hold and the parking (P) position of the gearbox.

According to a source heard by Autoesporte, the new Golf has a good chance of returning to Brazil. Imported, it should come in the future GTI version – the only one that didn't appear in the leaked photos. Sales of the new Golf 2020 begin in Germany in early December.