Home world How the world race for data processing can 'colonize' Brazil and the world?

How the world race for data processing can 'colonize' Brazil and the world?

Growing differences in data processing capacity between countries make many of them, including Brazil, at risk of falling victim to "digital colonialism" against China and the United States, according to a report by the United Nations Organization. United Nations published in September. These powers drive digital advancements, controlling more than 90 percent of the market capitalization of the world's 70 largest online companies alone.

The parallel with colonization is the risk of nations' submission and economic dependence on Chinese and American superplatforms, according to the report published by the UN Trade Development Conference (UNCTAD). Without the ability to process their own data, countries like Brazil become just sources of raw content and eternal customers buying digital services.

By the current dynamics, internet users give away a lot of information about themselves for free, such as age, education, places they go to, purchases they make, friends' profiles. These are data that, in isolation, have no value, but when taken together reveal the person's personality and tastes.

With this knowledge, the platforms map the profile of individuals and their spending power, turning them into "products" by reselling the analysis to third parties with great profit. Buyers are usually companies that seek to reach a target audience of which the individual is a part – this is the data processing to which the UN refers in its report.

The effect is similar to the colonial cycle, during which low value-added products were exported and finished consumer goods imported – a dynamic of imbalance and domination that goes back to these asymmetric economic relations of the past, warns the UNCTAD report.

In this case, in practice, the "low value product" that countries like Brazil export is the raw data that their users offer for free on the networks (from the selfie you hit with new gym clothes and put on Facebook to the type of sneakers). which Google search to buy). In turn, the "finished goods" is the processed analysis of this data, which is resold by foreign platforms to local companies (sporting goods networks, to be in this example).

The UN document points out that seven Chinese and US superplaces alone hold two-thirds of the total value of the digital market worldwide: Microsoft, Apple, Amazon, Alphabet / Google, Facebook, Tencent / WeChat and AliBaba. Taken together, they control a market that in 2017 was estimated at $ 7.1 trillion – individually worth over $ 250 billion.

For countries such as Brazil, which only "export" the raw content, the consequence is that by paying foreign platforms to gain access to intelligence generated from their own population, their smaller national companies cannot develop. And the country is almost irreversibly dependent on this deficit trade, says the UN.

Foreign companies gain not only from profiting from data, but also from political strength – and consolidate into a monopolistic position comparable to European commercial shipping companies in colonial times.

'You are the product'

Networks like Facebook offer seemingly free services, but instead collect the information, which is stored in "silos" (storage systems that fragment data and prevent external sources from accessing all stored information). This data feeds the algorithms of networks, which exploit them commercially – by selling advertising space, for example.

Many users today are still unaware that the logic behind this bargain is "if you are not paying for the product, you are the product," say technology industry experts.

"Why are you on Facebook? Because all your friends are on Facebook. When the network reaches a critical amount of users, it explores them. The platform becomes monopolistic in the real economy," explains the director of the core competitiveness. of Lausanne IMD educational institution, Arturo Bris.

"The danger we see for Brazil and other countries is that these big data companies operate as extractive industries, which extract minerals, oil, refine, sell back and disproportionately benefit from this exchange," he told BBC News Brasil. Pilar Fajarnes, one of the report's authors and UNCTAD officer in the Technology and Logistics division. 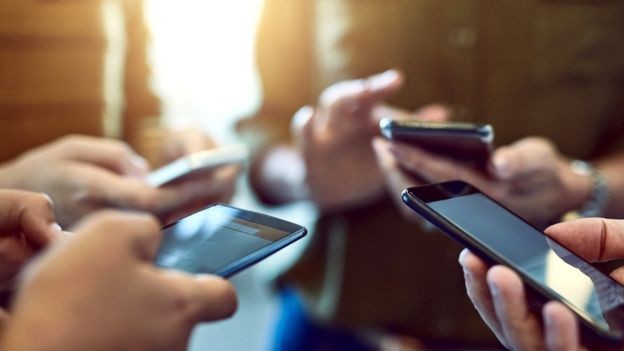 "Platforms also become financially monopolistic. When they go looking for investors, they just want to invest in them. They don't want to bet on a small unknown company in Brazil, because they will make a lot more money investing in Google, for example," adds Bris, explaining an effect known as "the winner takes all" in the popular jargon of tech companies.

According to the Lausanne professor, although they understand that they are being "used", users stay on the networks to not lose their connections – which reinforces the monopoly and represents another difficulty for national companies to thrive in this market.

In addition to the advertising business model of networks such as Facebook, the options for commercial use of user information are diverse.

Another concrete example of this "colonialist" dynamic, cited by the UN report, applies to Brazilian agribusiness: it is a service by pesticide and seed manufacturer Monsanto, called "Fieldview", which accumulates crop data and crop weather conditions. With them, he produces intelligence reports and then resells them to the farm owners themselves, as a productivity consultant.

Brazil in the lantern

In addition, there are few companies in the digital economy in the country. In total, there are just over 36,000 such ventures registered in Brazil – the fastest-growing start-ups that stand out include Fintechs (companies that use technology applied to finance) such as PagSeguro and Stone. Meanwhile, in Europe, the number is 276 thousand companies in this segment and in Japan, 104 thousand. The United States leads with 302,000 digital companies.

Talents are also lacking in this area in Brazil. The total number of professionals employed in the Brazilian information industry is 1.1 million people. In Japan there are 4 million people, and in Europe 7.2 million. Again the US leads by employing 14 million IT professionals, according to European Union data cited by UNCTAD.

While Brazil remains stagnant, the US and China take advantage of the lead in world competitiveness.

Together, they account for 75% of patents related to blockchain technologies (encryption that compresses large amounts of data, used in cryptocurrencies such as Bitcoin and Ethereum). These nations are also responsible for 50% of global spending on IoT (the so-called "internet of things", which includes products such as cell phone-controlled outlets) and, according to UNCTAD, at least 75% of the cloud computing market ( that provides everyday services like Google Drive storage).

Brazil's backwardness is quantified in the result of the latest edition of the Global Digital Competitiveness Ranking, a study compiled by Professor Bris's team from Lausanne. The country ranked 57th out of all 63 surveyed, standing in the same position it held last year.

The ranking is a world thermometer that measures nations' efficiency on three factors: intangible infrastructure, the technical issue, and future readiness. In the 2019 edition it was once again led by the United States, Singapore and Sweden. China came in 22nd, rapidly advancing eight positions.

In the first pillar, we evaluate what is behind the digital transformation process, such as the country's ability to discover, understand and adopt new technologies. 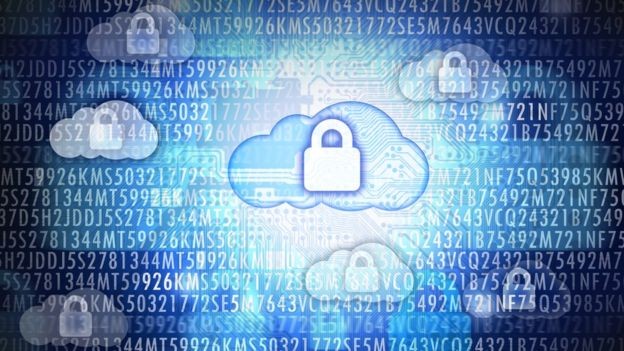 Many users today are still unaware of the logic of social networking: 'If you are not paying for the product, you are the product' (Photo: Thinkstock via BBC News)

In the technological factor is considered the general context in which the development of digital technology occurs – this development is measured taking into account factors such as the regulation of this market, the availability of capital and technological advancement. To compute these factors, they are considered practical qualities (such as the speed of broadband internet in the country) and noticeable (if the companies in this sector are agile).

Finally, the future readiness factor estimates the readiness of an economy to take on its digital transformation.

"There will be a domination, which you might call colonial domination. The United States and China will be the colonial powers of this 21st century," says Professor Bris.

How to fight digital colonialism?