Home sports Honda announces the end of the diesel engine

Honda announces the end of the diesel engine

Honda has announced that it will end commercialization of diesel-powered vehicles in Europe by 2021. The action is part of the continent's electrification project for vehicles by 2025.

Another reason is that by next year, according to European Union targets, the level of carbon dioxide emissions should be reduced to 95 grams of CO₂ per kilometer (95g / km); currently the maximum limit is 120.5g / km

All new cars sold in the EU must be within this target by 2021. 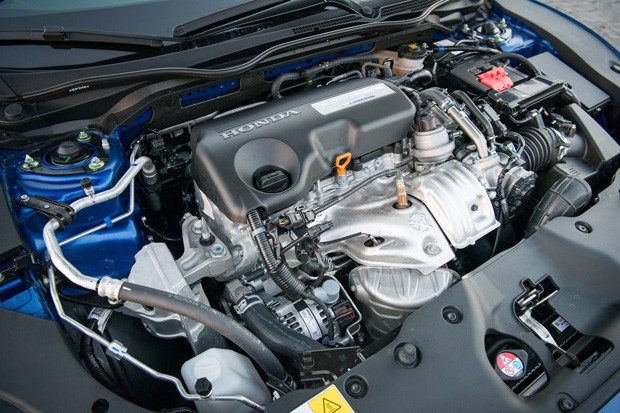 Civic, hatch and sedan, are sold with diesel engine in Europe (Photo: disclosure)

Currently in Europe only the HR-V and Civic, both hatch and sedan, are equipped with a diesel engine. The CR-V retired diesel and gave way to the hybrid version on the 2020 line.

At the Frankfurt Motor Show, which ended last Sunday (22), the highlight was the presentation of the final version of its first electric, the Honda E.

The concept, which first appeared at the 2017 Frankfurt Motor Show, was so successful that the automaker decided to move virtually nothing from the prototype to the final version.

Presented at the São Paulo Salon, the design has been slightly more rounded, but the retro style, based on the Urban EV concept, remains. The headlights and lanterns are rounded, 100% LED illumination and linked by a bright black strip.

Unprecedented technology in a compact, the mirrors have been replaced by high-resolution cameras, which transmit the image on 6-inch side screens attached to the panel.

Although electric models, such as the Audi e-tron, have already embraced the feature, the technology is unheard of in the compact. 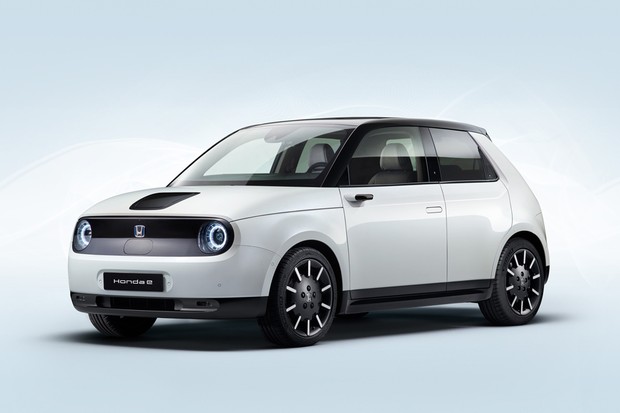 The retro style was inspired by the first generation Civic, released as a hatch in 1972. Take a look at the old model photo below.

There will be two electric motors, with 136 hp and 154 hp, both with instantaneous torque of 32.1 kgfm – 2.0 turbo engine power. The compact battery will be the same in both 35.5 kWh configurations.

In the more powerful version, the automaker promises to accelerate from 0 to 100 km / h in 8 seconds, less time than a Renault Sandero RS, for example. 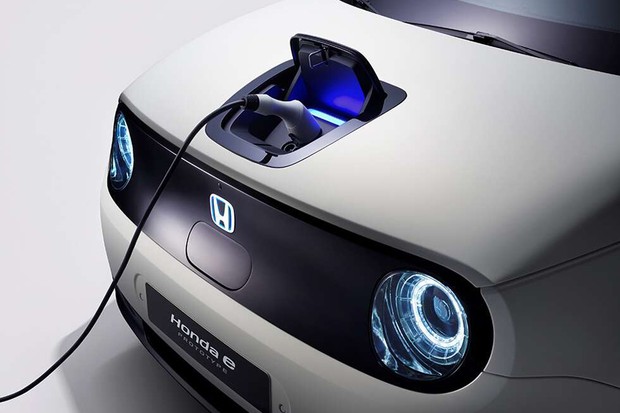 The maximum range will be 220 km and the battery can be recharged up to 80% in 30 minutes in a quick recharge system.