Deep-sea explorers wishing to discover sunken World War II ships are launching underwater robots in an area where one of the most significant battles of the time took place.

The crew of the American research ship Petrel is scouring the Pacific for warships from the famous Battle of Midway, which historians regard as an essential US victory and a key turning point in World War II.

Weeks of searching the northwestern islands of Hawaii – midway between the US and Japan – have already unearthed a sunken warship, the Japanese carrier Kaga.

Image:
The main wreckage of the Kaga was missing so far.

A piece of Kaga was found in 1999, but its main wreckage was missing so far.

The footage was compared with historical records and confirmed as the Kaga.

Until this discovery, only one of the seven ships sunk in the Battle of Midway had been located.

More than 2,000 Japanese soldiers and 300 Americans were killed in the battle, which took place six months after Japan's attack on Pearl Harbor.

The attack by the Japanese Imperial Navy was a surprise, but American analysts were able to intercept the Japanese messages and take advantage. 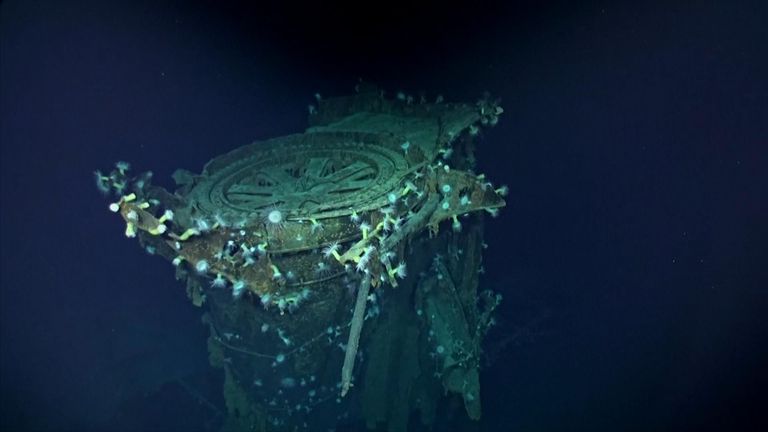 Image:
Explorers have searched the Pacific near the northwestern Hawaiian Islands

Four aircraft carriers and a Japanese cruiser and dozens of fighter jets were shot down by US forces.

The US lost two ships – the USS Yorktown, which was already badly damaged when it was hit by torpedoes, and the USS Hammann, which crashed trying to defend Yorktown.

Retired Navy Captain Jack Crawford, who turned 100, was among the 2,270 survivors of Yorktown.

He described the moment the torpedoes hit: "Bam! Bam! We have two torpedoes, and I know we're in trouble. As soon as the edge of the deck started to sink, I knew it wouldn't last." 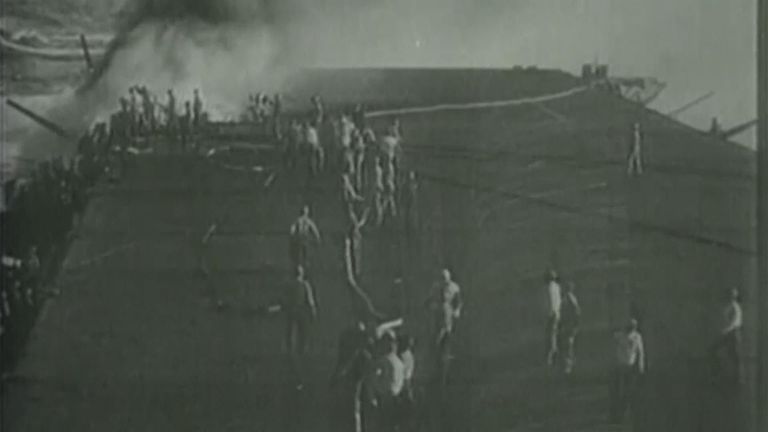 Image:
The Battle of Midway was a significant World War II fight.

Although Crawford has little value in finding the lost warships, he said he wouldn't mind if anyone could retrieve his vault and the new sword he left in it.

The Petrel crew will be investigating the possible discovery of another fighting ship this week.

"We read about the battles, we know what happened. But when you see these wrecks on the bottom of the ocean and everything else, you realize the real price of war," said historian Frank Thompson, who is aboard the Petrel.

"You see the damage caused by these things, and it is humiliating to watch some videos of these vessels because they are war graves." 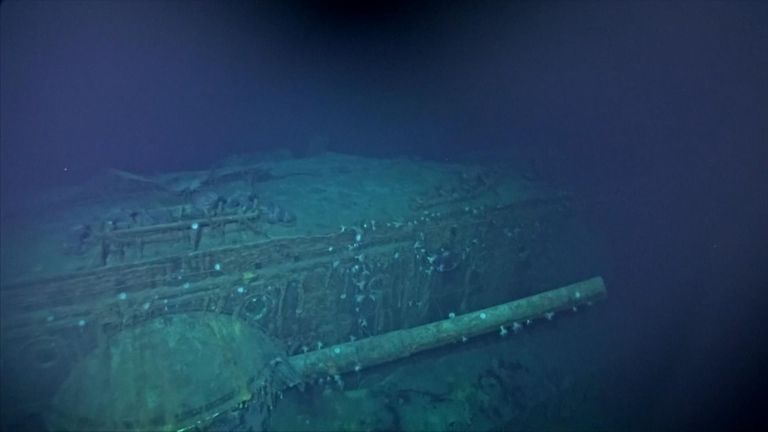 The expedition was launched by the late Paul Allen, Microsoft's billionaire co-founder and has found 31 vessels so far.

It is illegal to disturb the US military tombs and the exact coordinates are kept secret.