Amazon warehouse staff walk out as dispute over conditions deepens

Amazon workers in the US protest their working conditions in the latest battle between the company and its workforce.

The unrest follows allegations that the company has terminated the employment of a worker who was in the hospital with a dying relative and is suppressing working hours to prevent employees from seeking medical insurance.

The company's call center staff in Sacramento and Minnesota – where orders are packed and shipped – left for short periods this week. 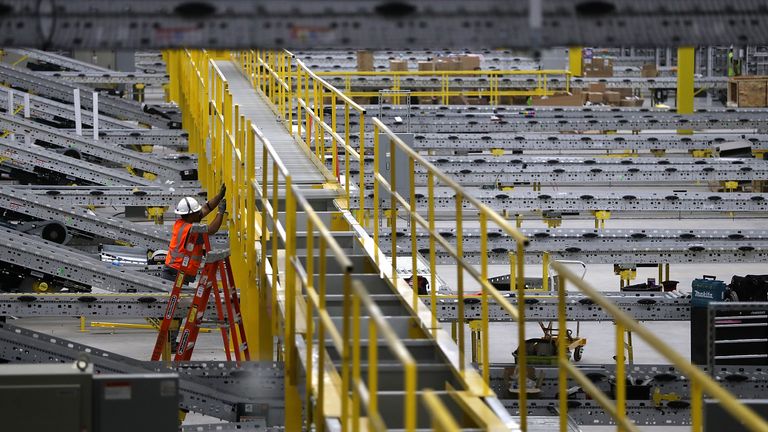 The Verge Online Technology Magazine reported How an employee named Sandra, who worked at the company's warehouse in Sacramento, California, was fired after leaving while her mother-in-law died in hospital.

Sandra organized a group called Amazonians United Sacramento and sent a petition to the company asking for it to be reinstated and for workers to receive paid time off.

According to the complaint, part-time employees are only allowed 10 days without pay per year – regardless of the reason for leave – and if employees exceed this limit, which Sandra would have done for a single hour, they will be fired.

On Thursday night, more than 60 workers at the company's Minnesota office also left for two and a half hours.

They demanded that Amazon raise the 30-hour weekly work limit, which they say the company maintains so that it does not have to provide employees with medical insurance under the Affordable Assistance Act.

According to the Atwood Center, which is organizing East African workers in Minnesota, the senior manager promised employees that he would talk to his managers early in the morning to solve their problems.

Amazon employee Fadumo Yusuf said he and his colleagues "cannot continue working without medical care, lifting heavy boxes and being ordered to return home if we are injured."

He said, "We're told this is only part-time work, but they're still hiring more. We need more hours. We have no value here, they treat us like we're not human. Tonight we're together to say no." " More!" Sky News correspondent Greg Milam reported how the US is the only advanced economy in the world without guaranteed healthcare, leaving 700,000 bankrupt each year with health bills.

In its statement, Amazonians United Sacramento said: "Although Amazon is the richest man-run trillion-dollar company in the world, permanent part-time employees who work eight-hour shifts are allowed only 10 days a year for any reason.

"This means that every day we use (unpaid time off) for family emergencies, illness or holidays, we are one step closer to completion."

Christy Hoffman, UNI union secretary general, said: "The growing unrest in the United States is part of a global movement to make Amazon respect basic human rights, such as the right to a secure job and the freedom to have a union.

"Indeed, German workers at Amazon are on strike today, and protests around the world will continue until the company listens and negotiates with its employees."

The GMB union in the UK has criticized working conditions in the company's warehouses, although labor laws are much stronger here and workers have access to the National Health Service.

In a July Sky News interview, a GMB spokesman said: "The conditions under which our members work on Amazon sites are terrible – they are breaking bones, becoming unconscious and being taken in ambulances.

"Amazon workers want Jeff Bezos to know they are people – not robots.

"It's Amazon prime time, and he came around the table with us and did something to make sure that the employees on which he built his empire are treated fairly."