"The legendary cosmonaut" Alexei Arkhipovich Leonov, the first person to walk in space, died in Moscow at the age of 85.

Russian space agency Roscosmos confirmed his death on its website, but gave no further details.

Leonov made his spacewalk on March 18, 1965, when he emerged from the Voskhod 2 capsule, attached by a rope.

Roscosmos said in his statement: "The legendary Soviet cosmonaut # 11 was the first human in the world to do a spacewalk, twice received the title of Hero of the Soviet Union."

He said he was "one of the first cosmonauts of the world space age" who was "committed to his homeland and its cause."

"His name is written in gold in the world history of space exploration," the space agency said. 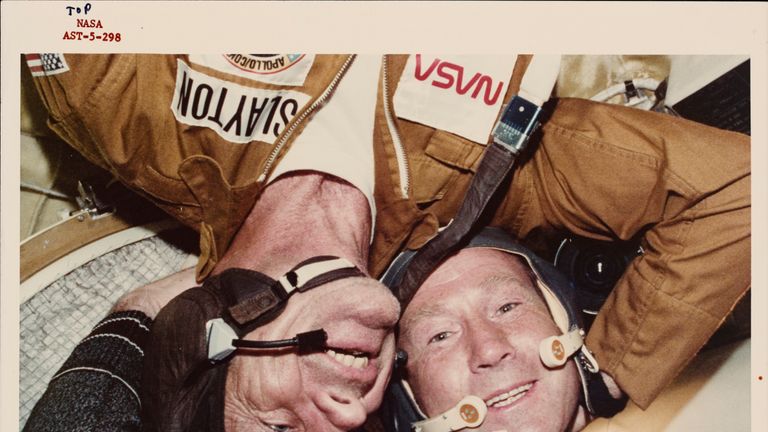 On his second space trip, ten years later, Me Leonov commanded the Soviet half of the Apollo-Soyuz mission 19.

It was the first joint space mission between the Soviet Union and the United States, carried out at the height of the Cold War.

The American space agency tweeted: "We are saddened by the loss of the legendary cosmonaut @roscosmos Alexei Leonov, who became the first human to walk in space on March 18, 1965.

"Your venture in the vacuum of space has begun the story of extravehicular activity that enables @Space_Station to be maintained today."

Leonov turned 85 in May. Days before his birthday, two Russian crew members at the International Space Station ventured into open space on a planned spacewalk with stickers glued to their space suits in honor of the cosmonaut and congratulated him from space.

Roscosmos said Leonov's funeral will take place on Tuesday in a military cemetery on the outskirts of the Russian capital.